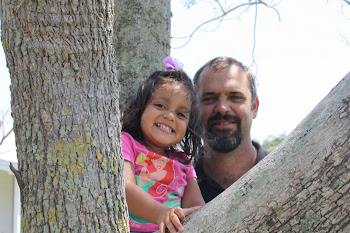 
ST. JOHNSBURY VT - The mother of the third toddler with Department for Children and Families connections to die in three months spoke out this week, saying she never harmed her son and she feels unfairly linked to two other cases in which caregivers are suspected of killing their children.


The Department for Children and Families does not discuss specific cases, so details of St. Johnsbury 22-month-old Mason Keithan's ties to DCF were until now unknown.
Speaking publicly for the first time, Alicia Mitchell, 24, said DCF took Mason from her when he was 3 weeks old, returning him to her care when she agreed to live at a residential drug treatment center in Burlington.
Mitchell and her boyfriend, Mason's father, Vincent Keithan, regained custody of Mason on May 8, she said. He died May 31.
"I never harmed my baby. I never did anything wrong," Mitchell said.
An autopsy revealed no signs of trauma to the boy. Results of a toxicology screening are pending and police are still investigating the death. No charges have been filed.
The night Mason died, Mitchell said she came home from work at McDonald's, fed him, they played, she gave him a bath and then he went to sleep. He never woke up, she said.
"He went down and fell asleep and he didn't wake back up," she said.
Mason had a slight cold the night he died, she said, but nothing else abnormal. He was born with tracheomalacia, a condition that can cause the windpipe to collapse and make it hard to breathe, she said.

Her cabinets were locked and her cleaning supplies were up high, she said.
Mitchell also explained Mason's history with DCF. He was removed from his parents' custody because of her prior drug use, she said, and because Mitchell and Keithan failed to follow a family safety plan DCF created.
The lapse occurred when the man they were living with in Wheelock one day slept late and forgot to take them to the BAART addiction recovery center for their methadone treatment, she said.
DCF had assigned the man as Mason's primary caregiver. Mitchell said she agreed to the plan for fear DCF would take Mason away.
Mitchell also has a 5-year-old daughter who lives with the girl's father, she said. DCF struck a deal with Mitchell whereby she would relinquish custody of her daughter in order to keep her son and live at Lund, she said.
"They threatened me pretty much and made me do it and I listened," she said.
Details of Mitchell's case are impossible to confirm with DCF because the department does not discuss specific cases.